After days and days of cold temperatures and snow, it has finally warmed up . By afternoon the temperature had reached +2C and it seemed the perfect weather for a ski. 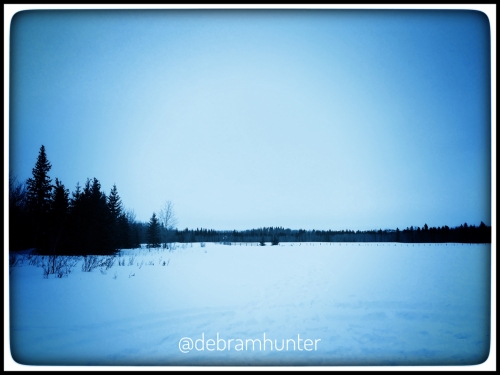 Today I decided to try Heritage Ranch for my ski spot, I thought a (literal) change of scenery would be nice, instead of skiing my usual route.

The trails were definitely a little bit slippy today with the warming temperatures. I will admit I paused at the top of the long hill before going down it, trying to decide how slippery it was going to be coming back up. After watching another skier tackle it with a slow “snowplow”, I decided to take the same approach.

As I only had a limited amount of time to ski, the plan was to go down to the base of the hill to the large open field and then turn around and go back up.

At the bottom of the hill I had a change of plan. It was pretty slippery in spots on the hill, and I knew it was not going to be fun going back up. I decided to go with “Plan B” and take the bridleway that snakes through the back way instead. It seemed to be a better option to break trail through fluffy snow, than spend the next 10 – 15 minutes sliding uphill. The “unofficial way ” seemed to be the most sensible option.

This just might be the last ski of the season, at least for skiing in Red Deer (Alberta, Canada). The forecast for the next six days is calling for temperatures above zero. Perhaps spring IS going to arrive. 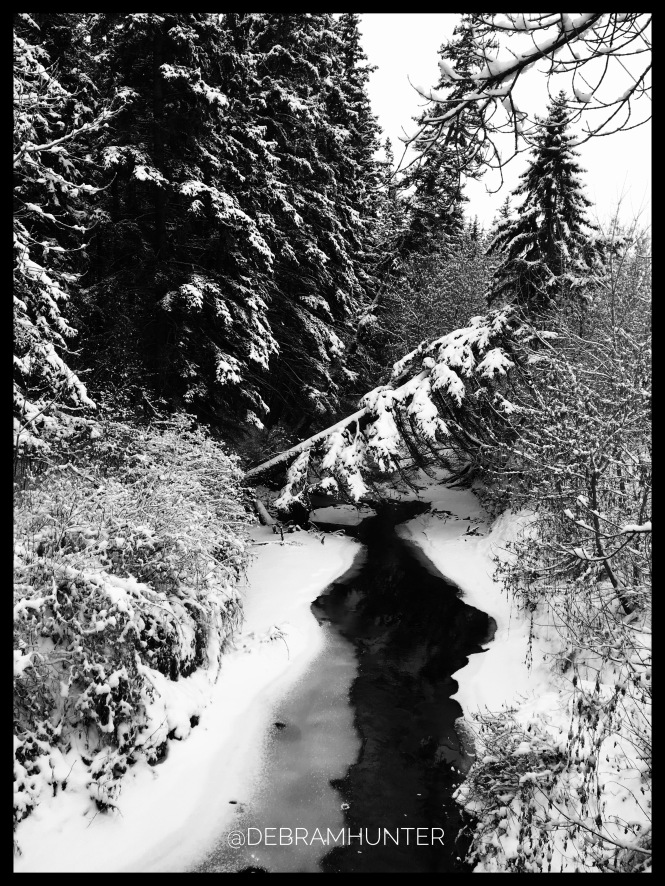 Even though the afternoons are getting darker and darker as the days shorten, we still try to get out for walks most days. We are lucky to live near several natural areas with paths, but one of our favourites is Gaetz Lakes Sanctuary. One portion of the trail is a quick loop, perfect for cold days or when you are racing against the light to fit a walk in.

The pictures today are just iPhone pics, lighting was so poor it made no sense to take a camera along. Still, the walk was nice, and it is always good to get outside.

Seems like we are always on the move and almost always headed west. The scenery from the road as we drive through Banff National Park never disappoints. Even on a cloudy October afternoon the mountains are stunning. 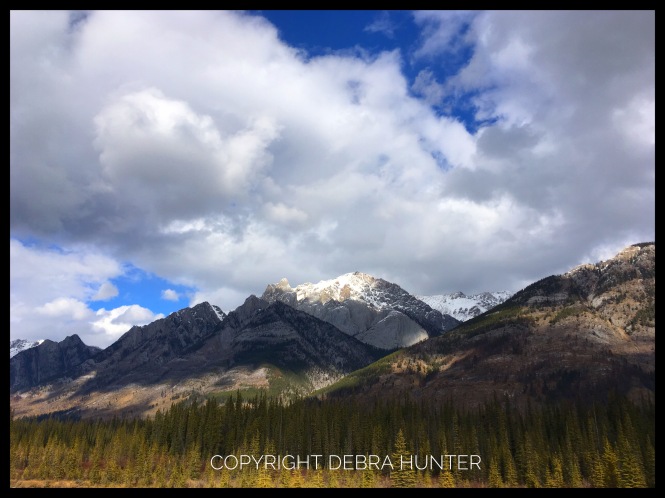 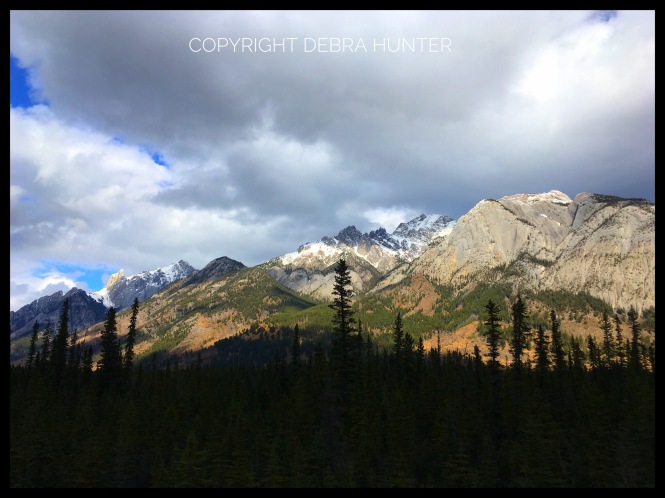 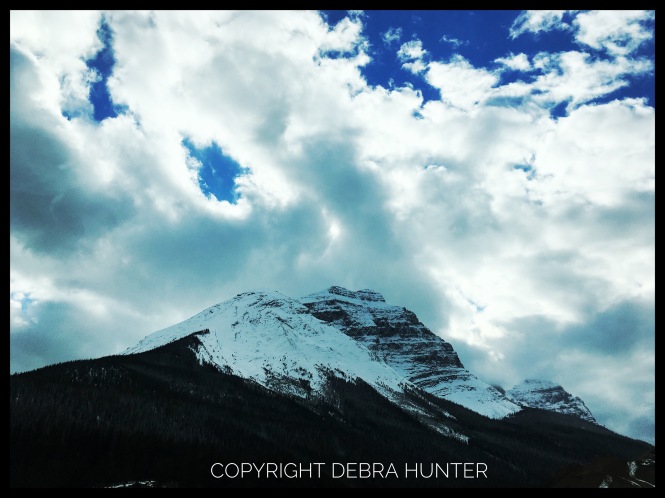 And of course every road trip includes a little knitting for http://www.handmade-canada.com .

This spring we have spent our fair share of time exploring the mountain parks of Alberta and British Columbia. Our family is finally at the stage where everyone is able to hike, and excited about it too. Last weekend we explored the area around Golden, BC, and on the return trip stopped for an enjoyable hike to Wapta Falls.

As there had been quite a bit of rain, the sides of the path were lush with flowers and mushrooms. Admittedly, the constant stopping left my family standing and waiting (perhaps arms crossed and toes tapping by our oldest two!), while I crawled around for mushroom pictures. 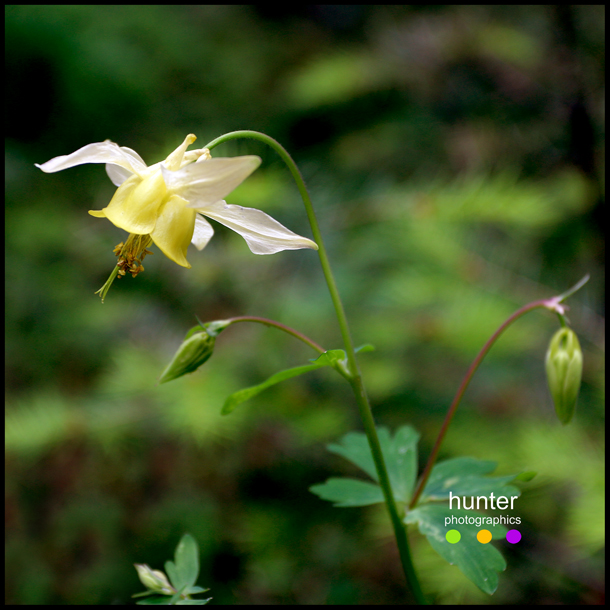 The younger three got in the spirit of looking at the wildflowers. This did however lead to a discussion where my eight year old just would not accept that the beautiful flower she had discovered was a dandelion. She was certain it was a rare wildflower (her siblings also chimed in that what she had found was a dandelion which certainly didn’t help matters!).

Now there is an amusing story from the day we did this hike. My husband and I were certain we had both walked to Wapta Falls a few years ago, we were sure of it. We were so sure of it we described the walk to tourists parked next to us; we had also read the distance, time and elevation gain the night before so we passed on that information. I remembered it being a grey drizzly day. As we walked along the path I thought something was “different”, but I wasn’t about to say anything. We get to the first lookout and at that point my husband and I are saying the hike and falls are different than we remember. By the time we hit the base of the falls we both looked at each other and said “We’ve never been here before!”. And then we twigged. We were thinking Sunwapta Falls……..in Jasper National Park…..we were only a couple of national parks out. Then, we had to come clean with the kids.

The view from the bottom of the falls was quite lovely. The forest wildflowers gave way to Indian Paintbrush, one of my favorites. We stopped and admired the falls for a while, made a quick sketch, and then returned down the path we had just walked.

Today’s image is a Coffee Sweater from our Woods Collection and an image of McKenzie Ponds in Red Deer, Alberta. I’ve decided I am going to try something new with my blogging and other social media with Handmade in Canada, I’ve decided to combine images of Canada with the items. Many of the items I […]

Tonight I am sifting through images taken recently looking for painting inspiration. I always feel it is easier to paint seasonally, but white on white on grey just isn’t captivating me at the moment. Perhaps the bright red of rosehips will hold my interest, but I’m not quite sure. Are rosehips painting material or just interesting when photographed? Time to have a think. 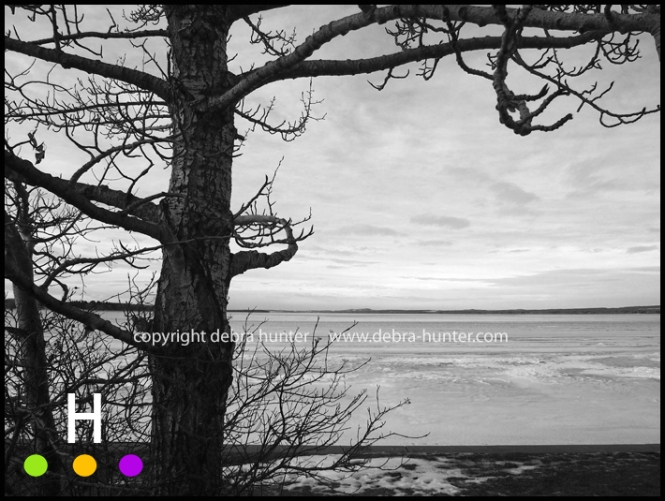 On Sunday we decided to go for a winter lakeside walk. It has been ages since I have ventured to the lakefront at Sylvan Lake, which is a bit odd seeing it is only 20 km from home. I think the fact that the lake is so busy in the summer had kept Sylvan Lake off our list of destinations. Winter, however, provided a much more relaxed setting of fairly empty sidewalks, easy to find parking, and still a rather pretty lake.

The trees were quite eye catching as they twisted framing in the lake. 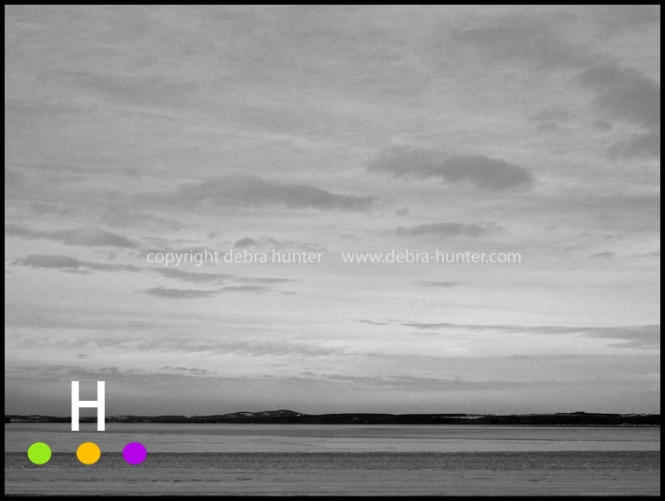 The straight horizon highlights a large expanse of ice. A few were brave enough to tackle the lake on skates, but the ice shacks for fishing have yet to appear for the winter.

And of course one last picture of trees. Perhaps they will be inspiration for a future painting.

I thought it was time to get back to proper blogging. Blogging that is just for enjoyment. Looking back the loss of the cabin derailed blogging for over a year. In all honesty the concept of photography as fun had also disappeared, all wrapped up in one horrible experience (or three if you count the two written off vehicles as well).

For the last couple of weeks I have felt it was time to turn things around. It was time to again shoot some landscapes and nature. It started out as reference images for painting, and then I realized shooting for shooting’s sake was starting to be fun again. So two weeks and hundreds of images later perhaps I am back on track.

Below is a teeny selection of a walk through the park by our home, literally 5 very cold minutes of shooting. And I am back to my first love, black and white, which again feels a positive move. Hopefully this is the step forward to a more positive blog. I hope you enjoy the black and whites. 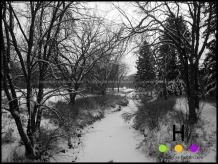 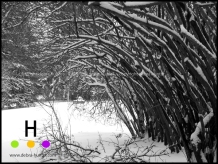