Just a few views from today’s wanderings through Banff and Yoho National Parks. 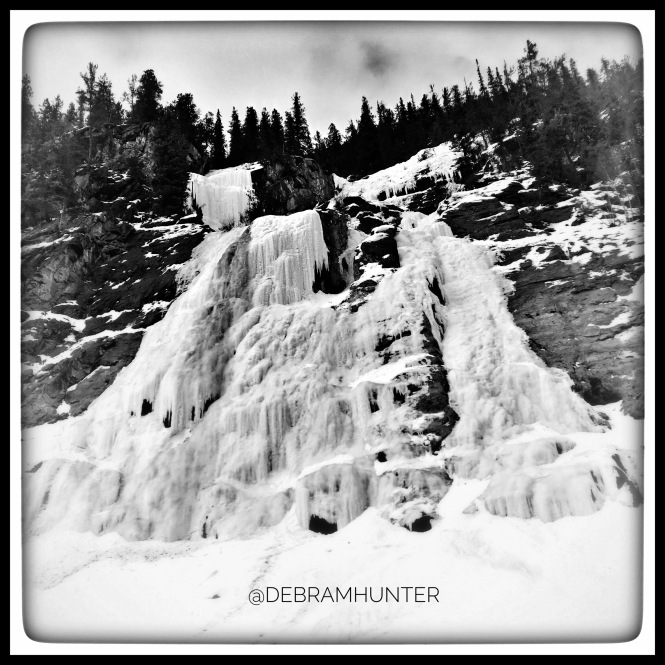 I’m a little bit behind on blogging about my Opus Daily Practice, so I thought I would do one multi day post instead. Day 12 – The theme was forest. I managed to finish off a painting based on a forest area in Kootenay National Park. I also worked away on a naturally dyed ear […]

Happy National Flag of Canada Day! Our flag is 52 years old with the first flag being raised on February 15th , 1965. A pretty cool flag for a pretty cool country! #canadianflag Canada Flag #1 5″x7″ ink on paper 2017 by Debra Hunter . . . Ads belong to WordPress

A quick get away to the mountains of Alberta and British Columbia allows for interesting views in every direction.

Traffic delays in Radium, BC.

Sunset over the Columbia Valley.

Late night outdoor swimming in the middle of winter at the pools at Radium Hot Springs. Water temperature was a beautiful +31C in the cold pool…..much hotter in the hot pool. 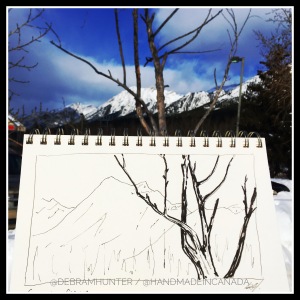 Opus Daily Practice, day 11. A quick 5 minute sketch from a parking lot in Canmore, Alberta, Canada, and some road knitting. Sometimes life is busy and you have to sneak creative practices in. 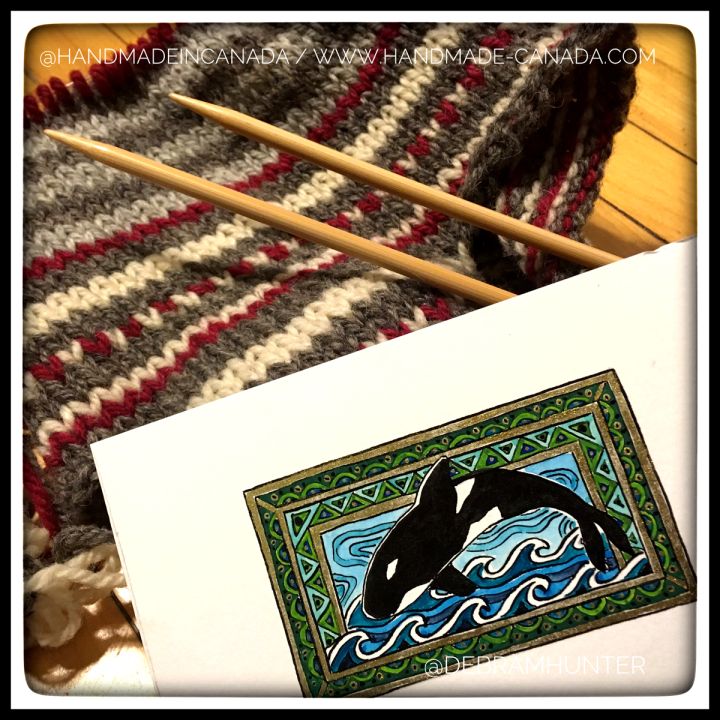 Opus Daily Practice day 9. The theme was “muted”. As much as I thought about creating a muted piece to fit the theme I am currently working on, the more the weather outside called to the theme. So after a quick snowshoe, I set about to do a quick , muted, en plein air watercolour. […] 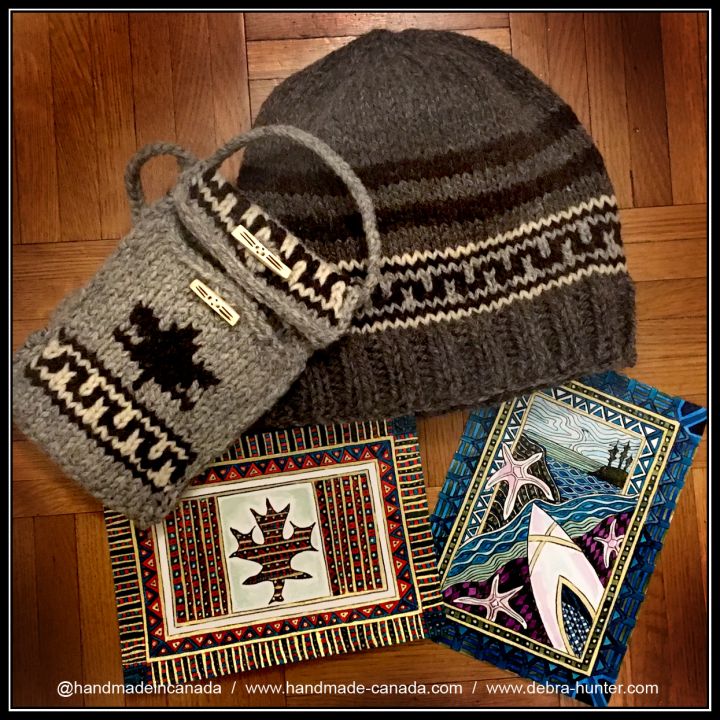 Opus Daily Practice day 8. Today I decided to work on projects in progress than start a new one based on the prompt. Cold weather is allowing me to get a lot done. One bag finished. One hat finished. The maple leaf drawing is super close to finished, and the kayak drawing is in progress. […]

Scones. Lots and lots of scones as my daughter took them to school for an event. I started with this recipe and then made a few adaptations after reading a few differences between British and American scone recipes.

From internet reading, it appears American scone recipes have more sugar and butter in them as they are often eaten on their own or with butter. According to the internet British scones have less butter and sugar as they are often eaten dressed up with preserves and clotted cream. These differences may or may not be true, but it made a little sense and added up to the differences in scones I have personally tasted on both sides of the Atlantic.

Knowing that these scones were headed to school, and that there would not be preserves or clotted cream, I decided to make them just a little bit sweeter. I opted to use 1/2 cup of sugar instead of 1/4 and I also added in 1 cup of currants.. They were also sprinkled with cinnamon sugar.

All in all the scones were delicious, and disappeared in a flash.

A Year of Living Breadfully continues with so many breads to explore.

Opus Daily Practice day 7 ( #opusdailypractice ). The theme was “urban”, citing the style of Basquiat as a style. Each day I have been doing a daily practice with both art and handmade, today is no exception, except today I will show both pieces separately as the styles are so vastly different. The painting, […]