It’s gone. There isn’t much more to say. The cabin we loved for just shy of a decade is gone. It was lovely. It was where we spent our best time as a family. Babies learned to walk. The kids caught frogs. We saw fireflies, owls, and pelicans. But it couldn’t be saved.

An insurance fight of epic proportions. Being led on that it could be repaired. All to end with a bulldozer.

We put off going up to see the lot as long as we could. We could never have been prepared for the sadness. Seeing parts of our life broken in the dirt. Little toy cars, a mug handle, some spoons. 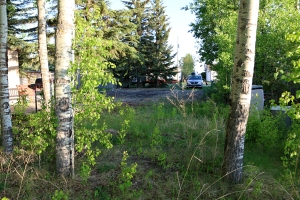 What people don’t realize is you can’t rebuild memories. The cabin wasn’t a building it was a memory maker. None of us have the heart to try to rebuild on the lot. It will never be the same.

We knew our neighbour was interested in the lot, but no official offer had been made. On Friday we went to see what to do with the property. Do we sell, rebuild, camp? We tidied it up as best we could, weeded the flowerbed, trimmed back some saplings, but it was like dressing the dead for a burial.

We pretended it was normal. Took pictures of the trees. It was all wrong.

We did one last picture of the family, like we had done every year since buying the cabin. The kids are bigger, everyone smiled, but the cabin was gone. A family standing in front of nothing. 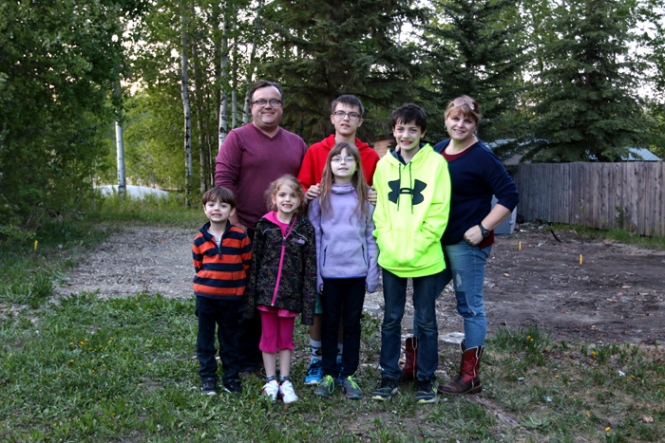 What an ending. We remember what we had and it is so sad to see it gone. 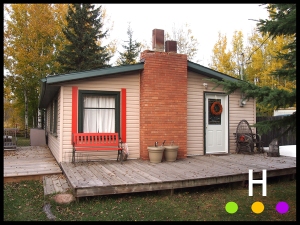 Our little cabin was lovely. It was home. It was family. It felt right. Nothing else will ever be the same.

On Saturday we received the formal offer. The lot is being sold. It is a very sad end to an era.