Are Canadian women allowed to truly have an opinion beyond the walls of their home? This is a thought that has been on my mind over recent days.

The last month has left me contemplating  how equal women truly are in Canadian society, not how it reads in theory on paper, but how equal we are in real life. Back in mid September I wrote an open letter expressing my feelings on how the discussion of eliminating two policies affected me. The elimination of policies was  discussed by  a couple of  party leaders running in Canada’s 2015 federal election, and the attitudes of these two political parties surrounding the elimination of these policies  made me feel worthless. These were policies that for the most part gave a sense of recognition to parents at any level of income across Canada. It was an inclusive policy. Policies that included every single family in the country. Somehow the letter was shared on social media and it has now had over 85,000 views. It is great to have an opinion piece read, it was meant to give insight as to how an everyday person felt about issues involved in our upcoming federal election.

However this is where it becomes interesting, the piece reflected my feelings and my opinion, yet other Canadians, primarily male Canadians, took issue to tell me I was wrong. I was told my opinion and my feelings were wrong. How can this be? How can a male Canadian know how a female Canadian feels? How can they know how a mother feels? Honestly how can anyone know how another person truly feels, yet vicious attacks were made regarding how I personally felt and my personal experience. I had no right to an opinion.

Now Facebook banter is one thing, it is an insignificant lowbrow mudsling, but when an individual tracks you down and sends a hateful, lie filled email to you personally, because you dared to share your opinion, we have a problem. We have a further problem because one has to decide how to deal with the correspondence. Clearly this person is unstable, as who sends a toxic email to someone who has written an open letter about their personal feelings. This person also posted their hateful email filled with lies about me on their blog. However, if I had taken the email to our local R.C.M.P. my feeling is that I would have been seen as an overreacting female. So the situation is interesting. We have an unstable person trespassing into my life by writing a toxic email and posting libelous statements about me on his blog, the authorities are not going to take me seriously, and I do not know what this male is going to do next. What do I do? I protect myself the only way I can, I post his email online.

Now in my blog I posted that I would let this gentleman have his say. In reality the email address was put out there to point to who this person was if he chose to escalate things further. If my children were threatened, if my house was set on fire, if our tires were flattened, his email was out there to point to the possible motive. Clearly this person was not stable, what normal person reacts in such a toxic manner to a complete stranger having a personal opinion over political policies and programs? We have to protect ourselves, and that is what I did.

This male sent me a second email citing “privacy issues” with my blog post. I knew this gentleman had no issues with “privacy”, his Whosis profile even lists his phone number. If he had “privacy issues” he wouldn’t have used his real name or real email address which included his name. He was just mad that I didn’t succumb to his cyber-bullying. That I didn’t issue a retraction for having an opinion. That is correct, this person thought I should issue a retraction for having an opinion. When males of our Canadian society think that women should have to issue retractions for having an opinion we have a very problematic situation happening in our supposedly equal society. 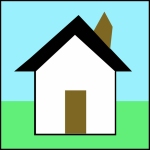 Now one could say I am basing this on one “looney leftie” , a term popularized out in social media, but the attitude was verified as the situation escalated. When this rather unstable male went to the Saskatoon police to complain about the “privacy issue” I was again treated with a less than equal attitude. It was curious. To begin with I called the officer back after receiving the message, was transferred through to her line, then she said immediately that she would have to call me back on another line. That was odd; I actually did a screen shot of the phone numbers and call times. I tried to go through the emails with her to see just what this gentleman had said. She wouldn’t go through them with me piece by piece. When I asked how many emails she had,  she said “lots” . The answer should have been four. When I asked for her to forward the situation to the R.C.M.P. in our home town in order to talk to someone in person so I could verify the situation was legitimate, the officer got all funny with me and said I could just call the switchboard back to verify. That wasn’t my request. ( It was starting to feel like one of those scam telemarketer calls by this stage of the discussion, something was off.)  Not once did she even cite any part of the privacy act or what had been violated, she just said that I needed to take down the email address (or at least implied it). To this day I still do not know if I actually violated any portion of the privacy act; never was any aspect of the act cited to me. The officer then said she was too busy and would call me back; days later there has yet to be a phone call.

Now one has to wonder how the police can do this? How can they just call you up and say to take something off your personal blog, an item put up to protect yourself, because they said so.  Remember earlier when I said there was no point in taking the original toxic email to the police, the handling by this police officer proved my gut feeling. Women are not treated equally or fairly or taken seriously. The police officer would not listen to what I had experienced, she would not go through the documentation, she would not even verify the number of emails, I was just to “take it down” because she said so.

The unstable gentleman who sent me the toxic email thought I should issue a retraction on my open letter because “he said so”.

The police officer thought I should take down information on my blog because “she said so”.

Could someone please tell me why women in Canada have no right to an opinion?

Could someone please tell me why women in Canada have no right to have their side of the story heard?

Could someone tell me why women in Canada are supposed to change their opinions and ways simply because someone else tries to oppress them?

Could someone please tell me why Canadian women are not allowed to protect themselves the only way they can, as social biases prevent us from being protected through proper channels?

A woman is supposedly equal in Canada, but we aren’t. Evidence is everywhere. Women are abused and murdered by spouses. Women are underpaid. A strong man is a leader in our country, while a strong woman is a bitch. Now society is also trying to strip us of having personal opinions. It is a strange version of equality, isn’t it?

One thought on “Are Canadian Women Allowed An Opinion Outside Of Their Own Home?”

There was an error retrieving images from Instagram. An attempt will be remade in a few minutes.