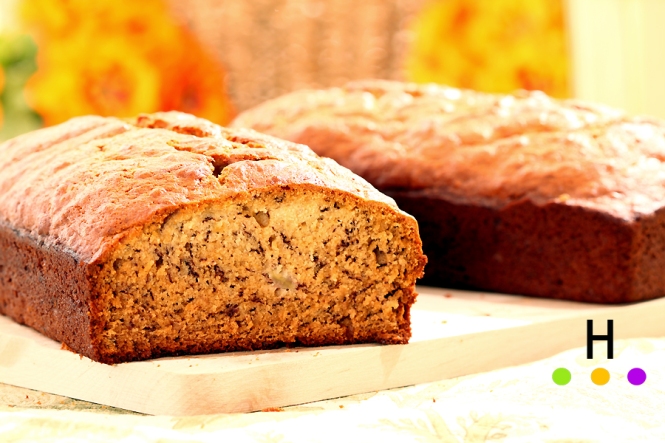 I’ve been wanting to expand my portfolio for a few years, and food photography has been one of the items on the list of things to shoot. I actually used to do quite a bit of food photography, maybe too much, when I worked in the U.K.. A Christmas hamper company was one of the main clients for the company I worked for and we would literally shoot Christmas dinners for 6 months of the year.

Blogging has given me a reason to expand what I shoot beyond portraits, weddings and a few commercial jobs. It has been refreshing.

The images today are of banana bread from my grandmother’s recipe.

I will admit this is actually the second attempt shooting banana bread. The first attempt was last week when I made the loaves one afternoon while our older children were in school. I pulled the loaves out of the oven just before picking them up from school, we got home, they smelled banana bread and the rest is history……my shooting subject became the after school snack. This time I was sneaky and I made the loaves and shot them after the young ones had been put to bed.  I still had to fight off a very attentive husband who kept saying “That smells so good!”, and followed me and the loaves into the studio to “help”.

As this recipe makes very good banana bread, I am also going to share the recipe with you. My grandma used to put walnuts in the bread, but as schools have all gone nut free, my loaves are made without the walnuts so that we can pack slices into our big kid’s lunches. I have discovered that oil can be substituted for butter in a pinch, but butter definitely makes the best loaf.